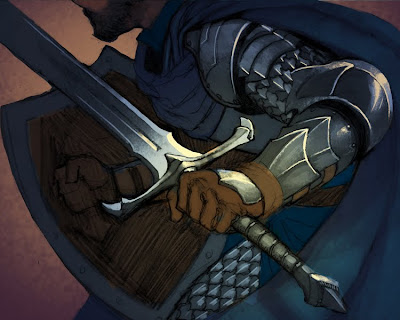 This was another school project. We had to find a factoid and illustrate it. I'm not really a fan of the cheesy humorous typical factoid illustration so I decided to vaguely illustrate mine with a higher purpose of the piece doubling as a fake Magic The Gathering card illustration. (trying to build up my portfolio for that sort of work) Also I think it's fun to compare the final with my initial rough comp.
Posted by Wes Talbott at 12:53 PM 1 comment: 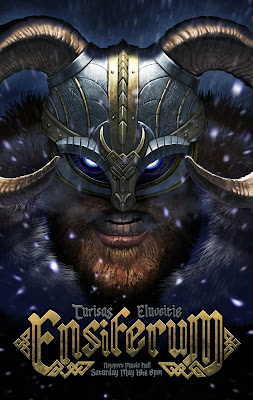 This is my design for a school project where we had to make a gig poster. I decided to do some skyrim fanart that doubled as a post for one of my fav bands.
Posted by Wes Talbott at 7:00 PM 2 comments: 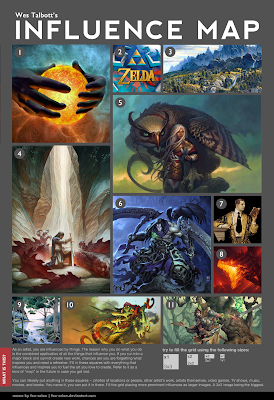 Here's is my contribution to the deviant art influence map meme. It's pretty epic to see everything on one page.
1. God and all of creation
2. The Legend of Zelda series
3. Ted Nasmith
4. Justin Gerard
5. Steve Prescott
6. Joe Madureira
7. J.C Leyendecker
8. Chris Rahn
9. J.R.R Tolkein
10. Dmitry Prosvirnin
11. Jesper Ejsing
If anyone is interest in trying this themselves here is the template.
http://browse.deviantart.com/?qh=&section=&global=1&q=influence+map#/d2vx881
Posted by Wes Talbott at 5:28 PM No comments: 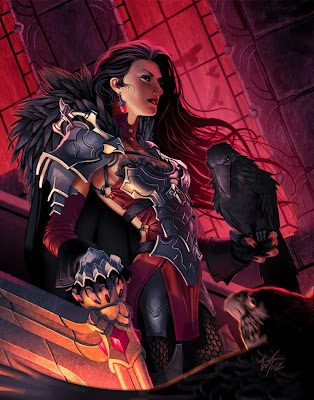 This is a piece I did just for fun. I noticed I have no predominantly red pieces in my portfolio, I haven't painted a female character in awhile, and I almost never do pieces just about villains. so that's what this is.
And as usual I set out designing a character purely from my head and it ends up being an existing character. shortly after i finished the line drawing for this I googled "raven queen" and found out she is an official D&D character. So even though I meant this to be an original piece it might as well be a D&D piece which I'm ok with.
Posted by Wes Talbott at 9:42 PM 2 comments:

Have you ever felt ashamed after discovering an artist because they are so awesome you should have known about them already? That's how I feel about Ted Nasmith. I haven't always done very much research into new artists. When I was young I just took what inspiration came to me naturally. Since I began actually seeking out other artists that I might learn from, I have discovered several masters that I had never heard of that never fail to blow my mind.
Last year I bought a calendar full of castle paintings from George R. R. Martin's A Song of Fire and Ice. I just bought it because I thought they were cool. Then I checked out the Silmarillion audiobook from the library and noticed some cool paintings on the packaging. I decided to look for them and discovered all these things were Ted Nasmith's paintings.
His website has tons of paintings from all of Tolkiens books as well as several others. The shear quantity is overwhelming. (I'm not sure how old Ted is but I'm guessing he's got to be pretty old to have soo much awesome art. Although I noticed he has plenty of recent work which is exciting.)
The main reason I love his work is his landscape compositions. (which is what most of his work consists of) Normally I prefer to focus on the characters more than the environment but I'd like to be awesome at both eventually and Teds work will be great for studying the ways I can handle trees, mountains, and hills.

I'll finish this up with two of his paintings I thought were great in the way they depict the same location from different views. 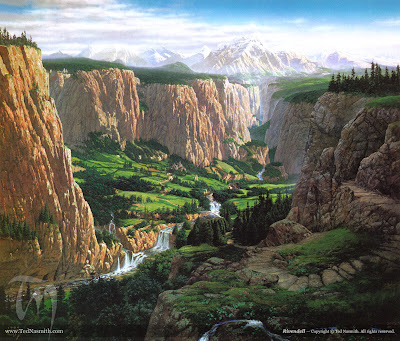 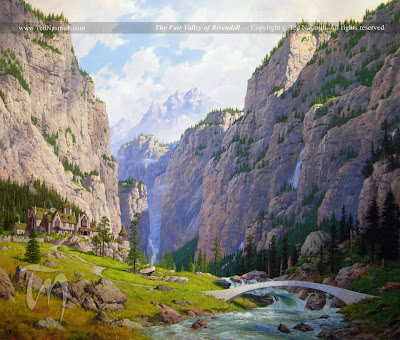 Posted by Wes Talbott at 8:20 AM No comments:

Journey Through Darkwood (Told you I'd think of a better title)

Here is the finished (I hope) piece formerly title "Hot Pursuit!" that I was working on when I initially channeled my IlluXcon inspiration. It is the 2nd piece I've done using watercolor and prismacolors and so far I'm really starting to like it. I still can't decided if I like traditional or digital better although I suppose Ican just do both and learn from both mediums. I'm planning on doing one more quick week long Illustration in this medium before school starts up again on the 17th so keep an eye out for that. 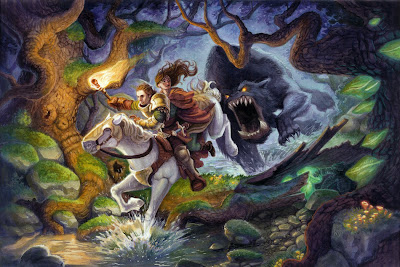 Posted by Wes Talbott at 6:53 AM No comments:

Here are a couple of posters I did for my girlfriend's brothers. I don't do fan art very often so this was pretty fun. 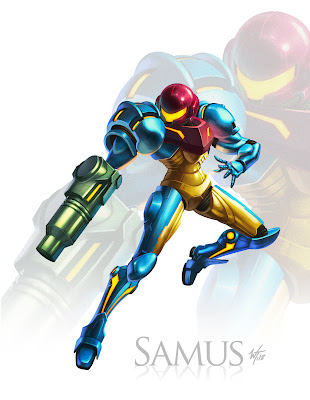 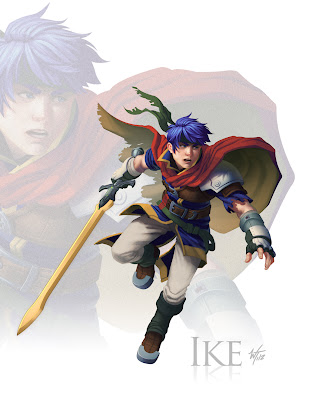 Posted by Wes Talbott at 6:00 PM No comments: